Twitter get’s a lot of bad press lately. But Twitter is still relevant in the social media world – and it’s going to stay relevant for a long time.

And that’s true in general – but also for marketing!

To subscribe to Marketing in Minutes on any podcast platform, please go here.

This podcast was produced with the following equipment:

In this episode of Marketing in Minutes, you will find out why I still love Twitter and why you should always consider Twitter for marketing.

All in less than 6 minutes. 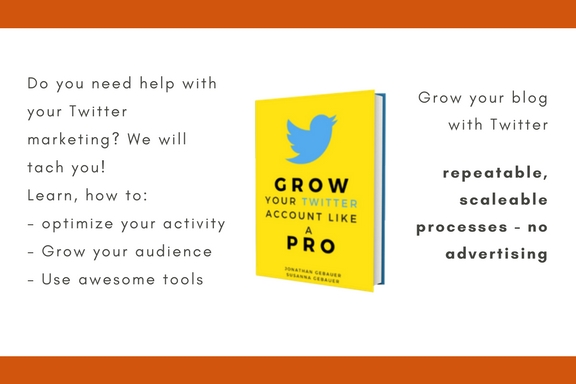 Below is the full transcript of this episode of Marketing in Minutes – if you prefer reading to listening! 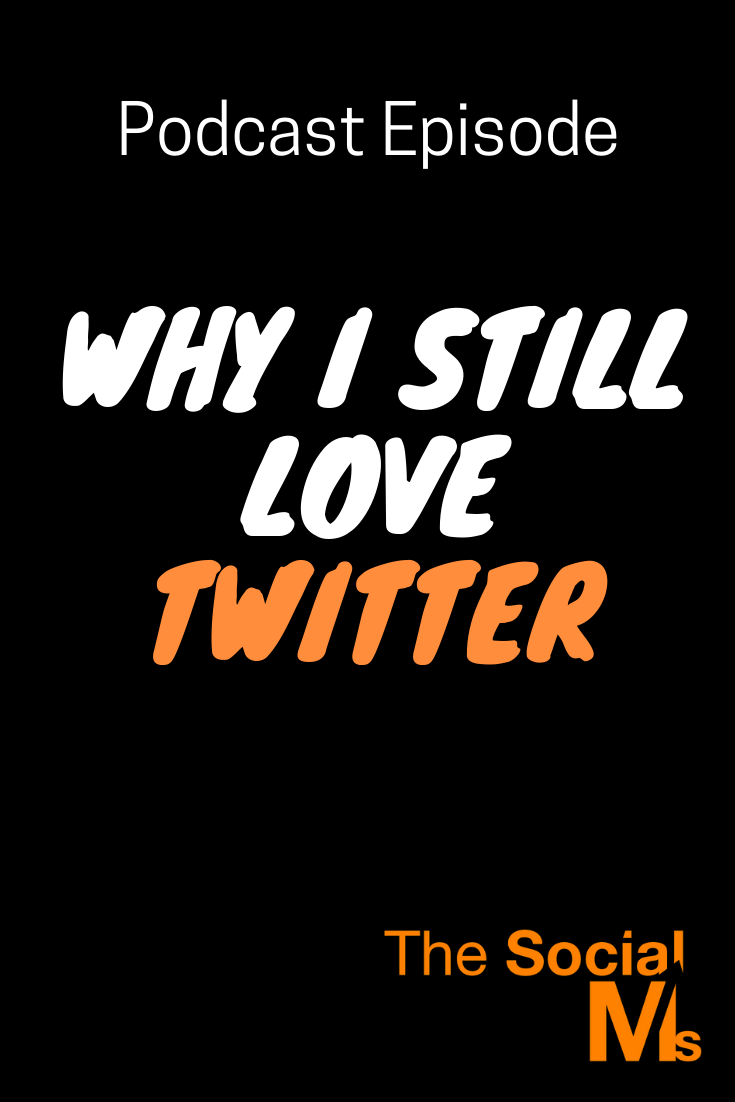 The last couple of years Twitter got a lot of bad press. It almost seems as if the company can do nothing right.

Even when they announce something positive, like being profitable, their stock price drops.

But what most people forget is that Twitter is unique in the social media world. Whatever happens, Twitter will always remain relevant.

There are too many things you can only do on Twitter. And that is true in general, but also when we talk about marketing.

My name is Jonathan Gebauer and you are listening to Marketing in Minutes.

Welcome to Marketing in Minutes by The Social Ms. This is the podcast that gives you everything you need to know on one marketing topic in every episode.

Today – let’s talk about Twitter. Why I love it, why it’s still relevant, and why you should always consider using Twitter for your marketing.

I’m not as active on social networks as I used to be. At least not for my private use. And that has a lot of reasons.

On some social networks, you need to make a choice what you want to use an account for – for instance on Pinterest. It’s either a marketing account or a personal account. Sure, I could use two accounts but I guess I’m just lazy.

Facebook right now bores me. Instagram is interesting – but I just got a new phone – after having one with a broken camera for a while and not bothering to switch. I’ll probably come back to Instagram though.

But I always return to Twitter. And I’m not talking about marketing – that part is mostly automated these days.

I’m talking about something else.

I live in Berlin in Germany. I don’t know whether you heard about it – but in December 2016 Berlin was hit by a terror attack on a Christmas market.

In other words, it hit pretty close to home.

But that’s not the point. The point is where did I go for information? I went on Twitter. The only use I had for Facebook was to mark myself as safe.

But to stay up-to-date with what was happening in and to my city at that moment, Twitter was my trusted source.

Twitter is real-time and unfiltered. If you want or need current information, Twitter is probably the only social network that can give that to you.

And that shows how important Twitter is not just for me but for how the world works. There are just too many things that just work on Twitter and not on any other social network. When Germany won the 2014 world cup, I was following the game on Twitter – while also watching it on TV.

It was an experience I will never forget.

When somewhere in the world people try to overthrow their regime – the rest of the world follows on Twitter first.

This all shows that Twitter will always be relevant.

But this is a marketing podcast and the question you are asking yourself right now is probably whether you can market on Twitter.

From the title of today’s episode, you probably guessed that my answer is yes.

The great thing about marketing on Twitter is, if you do it right, you use the core of Twitter’s features. You make use of the infiltered real-time content stream that Twitter provides to its users.

I discovered that 6 years ago.

If you’ve been following me and my sister Susanna for a while, you know the story already: We founded a content marketing platform called exploreB2B back in 2010.

In the beginning, we had a lot of trouble doing our marketing.

We finally found marketing success using Twitter. In a time when Facebook was limiting organic reach through there algorithm, every Tweet had the same chance of reaching an audience.

In a time when the most successful tactic for growing Facebook fans was paying for them one way or another, Twitter gave us options to grow fast and for free.

And at a time when LinkedIn asked for money for outreach messages, Twitter allows you to just get in touch with people. Just like that.

Our marketing success with exploreb2b was almost completely based on using Twitter right. We ended up with 80.000 users and 500.000 monthly pageviews.

And the same strategy would work today.

When exploreB2B disappeared in 2015 – due to other reasons – we used the exact same strategy for our blog, The Social Ms. It worked again.

And other people use the same strategy on Twitter. Even today

One of the biggest names among us marketing bloggers is Jeff Bullas. And he still gets about 50 percent of his traffic from Twitter.

It still works – because it is part of how Twitter works.

If you want to know more about how this strategy works, I’m going to link to a few articles about that in the shownotes. And if you want to go into detail with that, you can read our book, Grow your Twitter Account like a Pro. 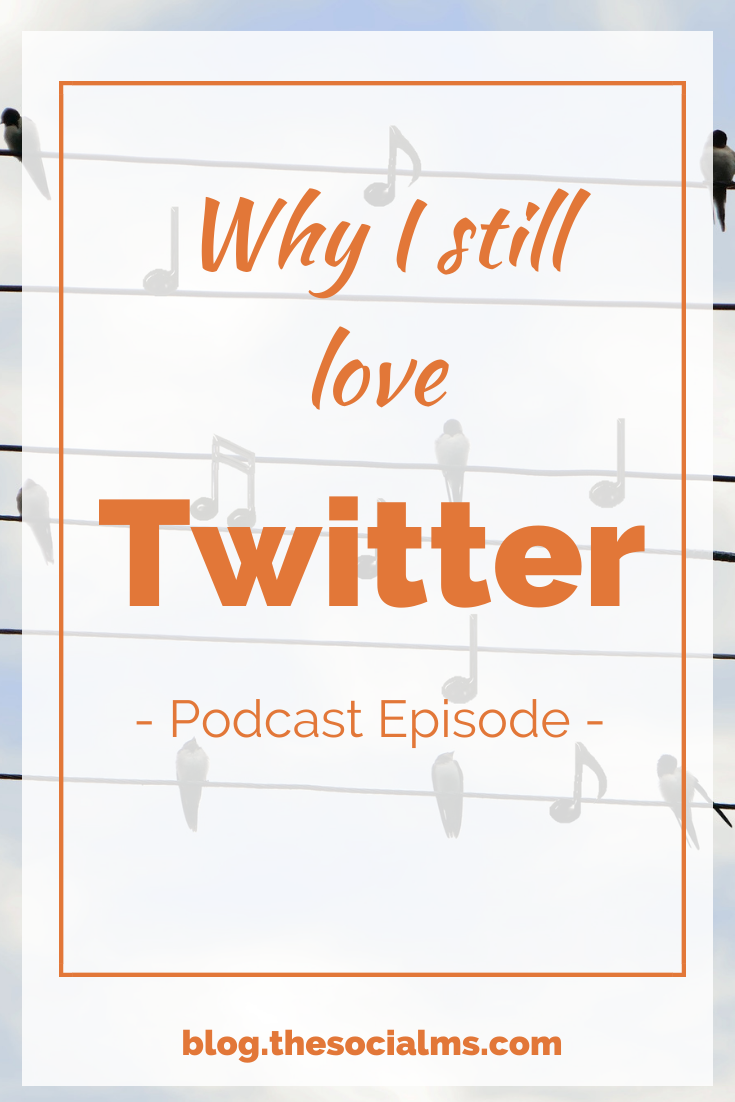 But’s that’s not the important lesson to take away from this, today.

Important is that Twitter users always return to the platform and that the core features of Twitter won’t change and will stay the same even for marketers.

And these core features allow you to introduce your own marketing message into the direct, real-time content stream that Twitter provides. And these features allow anyone to do this – right now and without investing 1000s of Dollars.

Everyone willing to invest the time can build traffic and marketing success using Twitter.

Twitter had a hard time finding that balance, but they are on a good way now. But what’s more important is that they protected their core features and have a loyal user base that will always return.

And no, that’s not just the guy with the funny haircut living in the white house.

If you want to know more about how to market your business on Twitter, check out the shownotes which you can find at blog.thesocialms.com/MiM-11 for some articles that tell you how it works.

This was today’s episode of Marketing in Minutes. Let me know what you think. If you like it, subscribe on any podcast platform, and if you can, leave a review.

And if you didn’t like it, let me know how to improve.

And please return for the next episode. I’m Jonathan Gebauer and you’ve been listening to Marketing in Minutes. 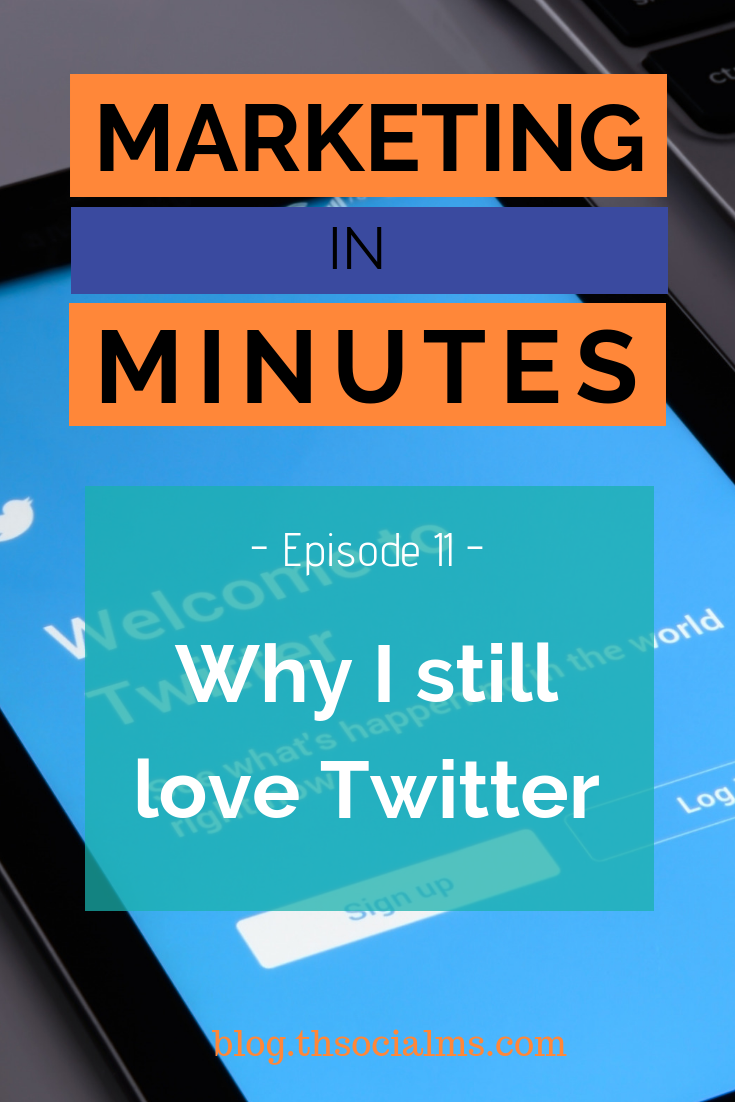