Do you sometimes look at your existing content and feel as if it deserves some extra attention? Would you love to get more exposure for some of your most outstanding blog posts? See a spike in new traffic to old content? Then this is for you! 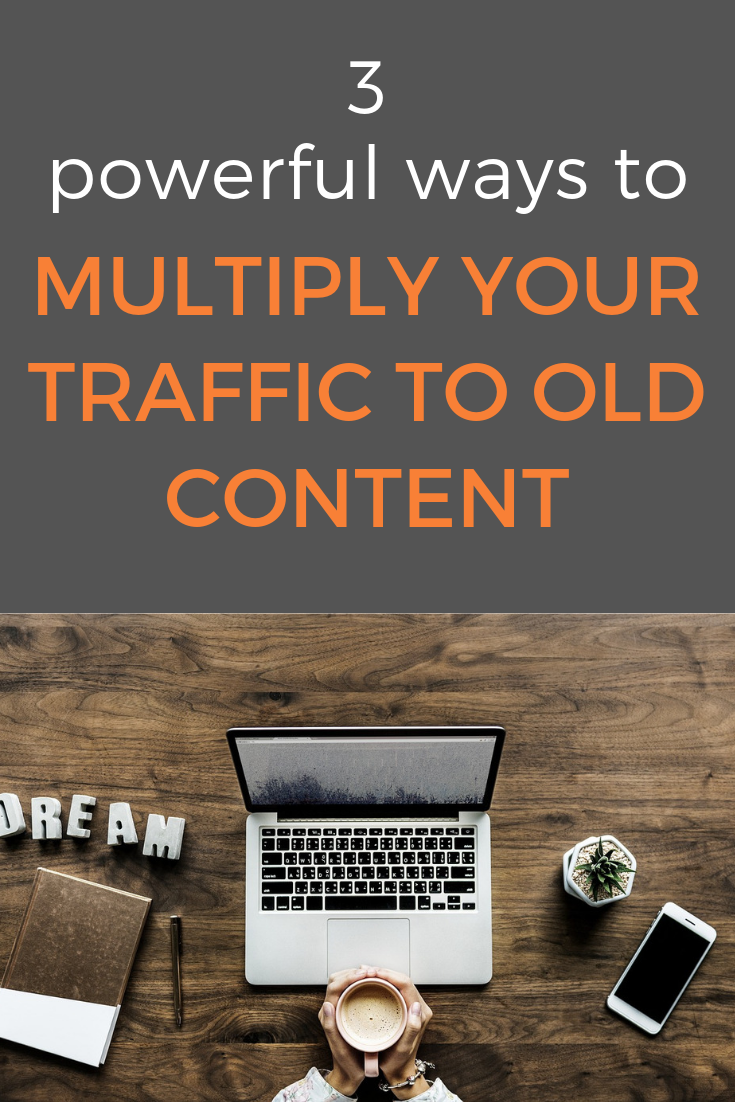 Here are some rather simple ways to give new life to your old and existing content. These methods are open to everyone and nothing fancy. Just things that have worked for us to give some of our already existing content a new spike in traffic!

This sounds rather stupid or basic – but believe me, it is not!

I assume you know by now that you can and should tweet your evergreen content more than once. In fact, I recommend that you set up recurring queues for your awesome and evergreen blog posts so that they earn consistent clicks from your Twitter audience.

In addition, I hope you are not making the one crucial mistake that is costing so many Twitter users the majority of their traffic chances: Tweeting not often enough.

What I am talking about here is to actually make a completely new tweet.

In the past weeks, I went through all of our tweets in the Twitter queues – all tweets that we regularly send out. And I realized something important: In the past couple of years, I learned a lot about headlines and what tweet texts work well – and which don’t. So, today I pride myself that most of the tweets I create get far more attention than some of the tweets I created back in 2015 or even 2016.

And if you are anything like us (and millions of other bloggers) you probably create much better-converting headlines and tweet texts today than you did a couple of years ago.

So, if you are still tweeting some of your older blog posts, because they are still absolutely relevant, I recommend to re-visist all of them and create new tweets: Put in all your expert knowledge about headlines and tweet texts and the perfect Twitter images and you will earn more clicks and engagement from the same amount of tweets (and followers) on your Twitter account. Simply because you created a much better tweet.

Here you can see buffer statistics.

Recently, a blog post that I wrote almost a year ago got an awesome boost of traffic from LinkedIn. While this post does fairly well on Google Search and attracts a constant stream of traffic, suddenly this happened:

I quickly identified LinkedIn as the source of that spike in traffic. So naturally, I wanted to know what caused this traffic. I had several ideas: 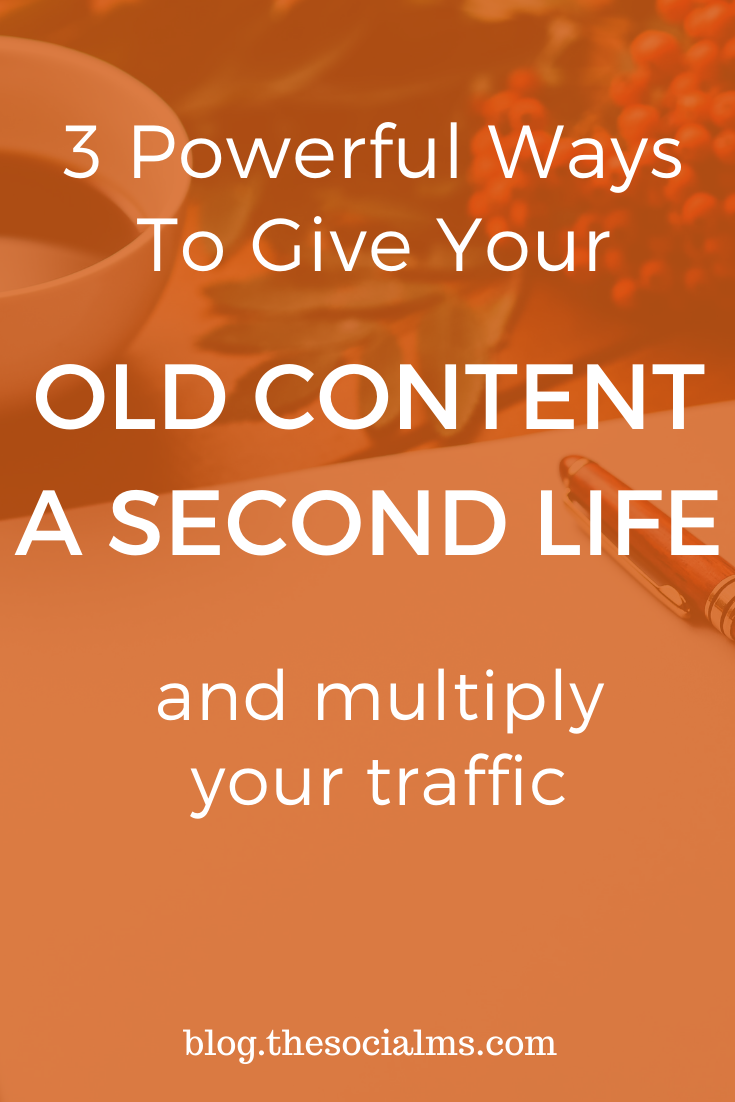 I am not very active in LinkedIn groups – although I have been a couple of years ago when we were still running our startup exploreB2B. I have seen some traffic spikes like this one from LinkedIn groups before. And they always come from a similar way of sharing content.

In this case, a little research quickly showed me my own post in my LinkedIn group recommendations: 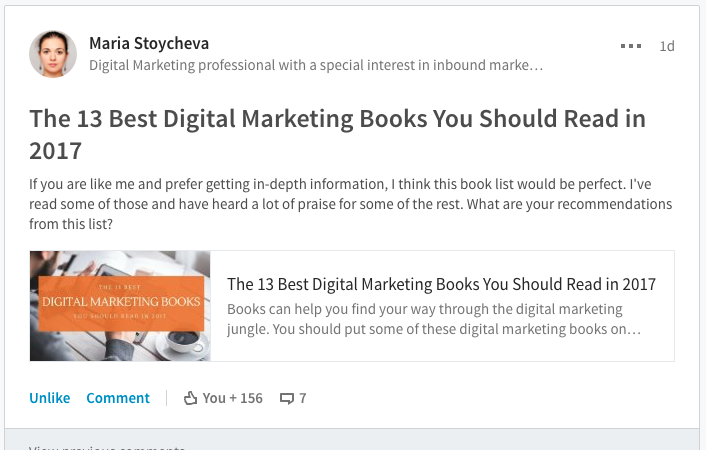 The Screenshot was taken in the middle of the traffic spike. The post acquired far more than 200 likes. And if you have ever been active in a LinkedIn group you may have noticed that even getting more than 10 likes on a shared piece of content is a lot in most LinkedIn groups.

So, do I really believe you can reproduce some similar effect for your content? Yes, I do. Because I have seen it before. And it follows a pattern. And while there is no guarantee that your post gets the attention you are seeking, you can make sure that you do your best to help it get started.

Here is another example of a LinkedIn Group post that attracted a fairly high number of likes: 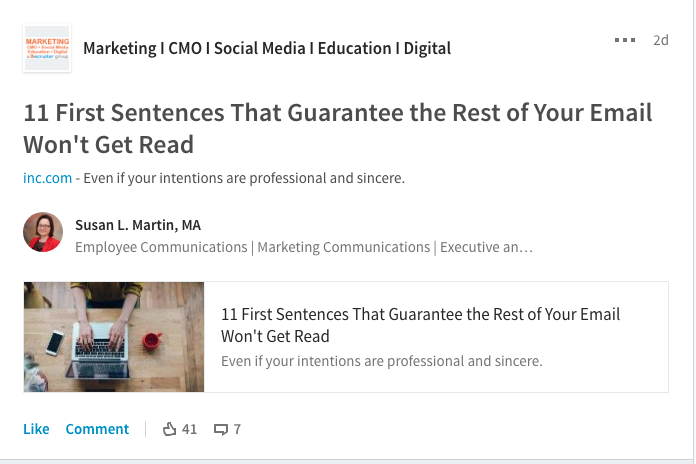 It is not one of our posts – so I cannot give you any traffic stats for this one.

So, while you are not building a loyal audience in LinkedIn Groups and many of the groups are not the most communicative place you can find, there is a lot of traffic power hidden in the chit chat and spammy content shares.

For the past couple of months, we have seen a consistent stream of traffic to one of my posts I wrote at the end of last year. The post was curated into a list of „15 Best Social Media Marketing Blog Posts of 2017“ – I am still honored to make the first spot on that list 🙂

And here is what happend after that curated blog post was published:

It sure helped that Adespresso is a high traffic outlet. But you can produce your own little traffic spike to your awesome content by curating some of your evergreen and still awesome posts into a new post. 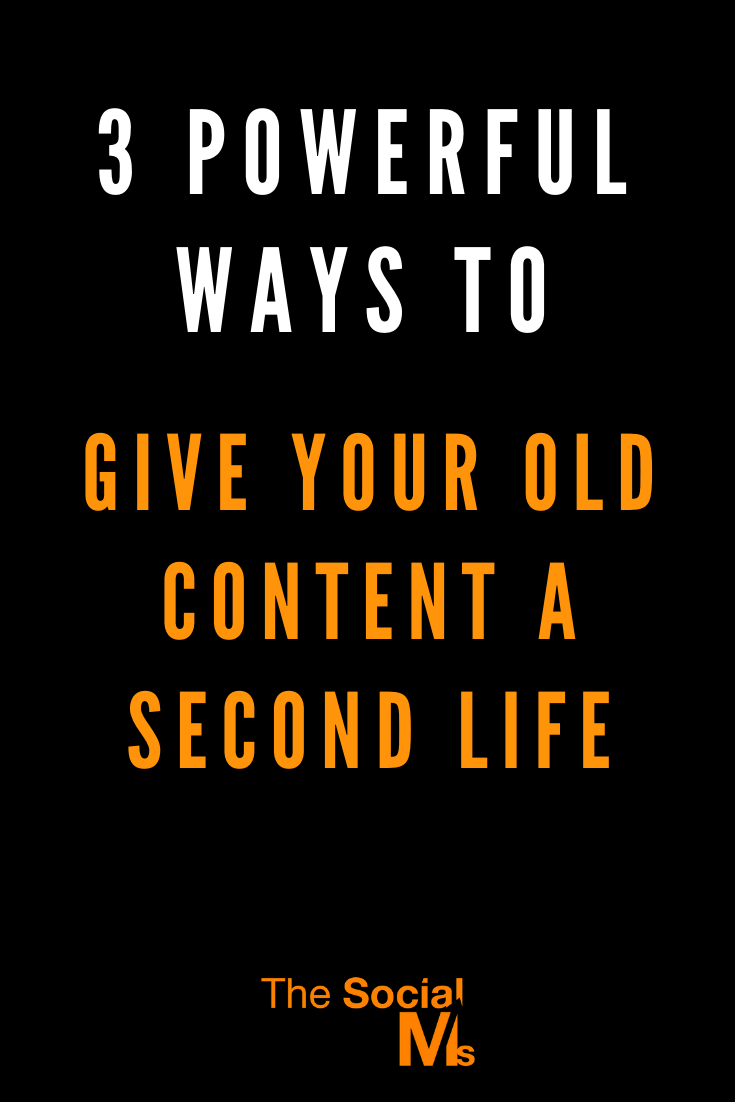 While your new post may not produce as much traffic to your old content as the Adespresso post did for mine, you still have the chance to earn some significant new traffic to the new post – and the curated posts as well.

You can send the new post to your newsletter subscribers. You can share the new post on social media and sites like StumbleUpon. The new post will also have a postive SEO effect, either for a link from the new outlet (Medium or other) or for interlinking your content on your website. You can even do new SEO for the additional content. It is all there for you to earn more traffic.

There are endless ways to repurpose old content or bring new traffic to them. I hope you found some new ideas in this post that you are not already doing.

If you are using some other awesome methods to revive your evergreen existing content – please share them with us! We would love to hear about your creative ideas!

Are you active in social media marketing? Then you are probably looking for traffic from social media to your blog or website.

That can be a lot easier than you thought.

You can follow the exact process that we used to grow our traffic to a new blog from zero to 50k visitors per month in just 6 months. And you can get easy to follow step-by-step instructions to see the same kind of traffic success – all with free traffic, no advertising involved.

Check out “The Social Traffic Code!”

With this book, you will get the chance to build your own success and get huge amounts of targeted traffic from social media to any website. 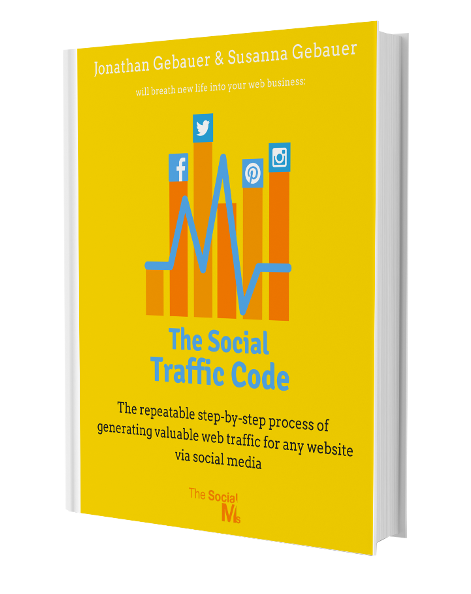 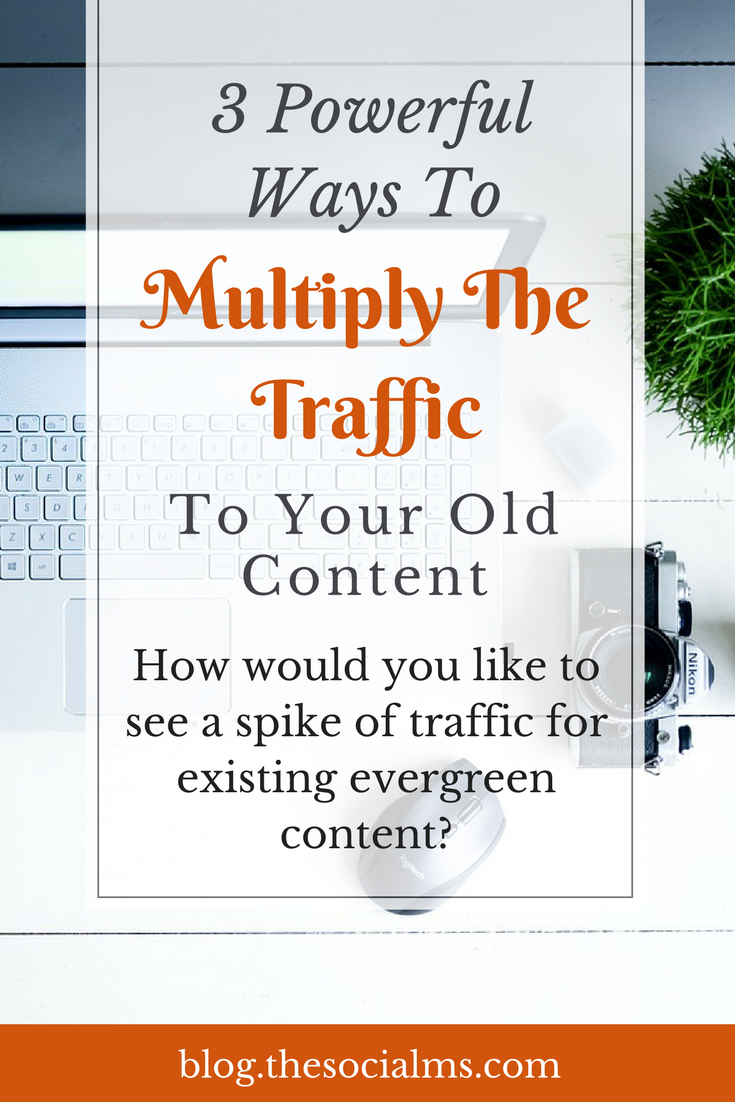