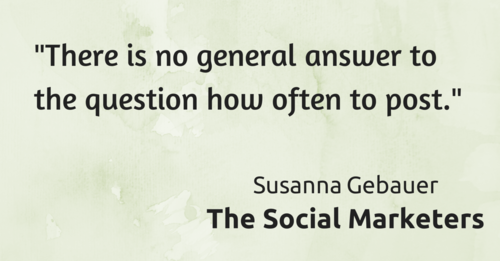 I recently came across an infographic on Pinterest, which told me exactly how often I should post on Social Media. And while there might be some vague truth behind the classification of some networks as “high volume” and others as “low volume” networks, I still think this infographic has it all wrong. 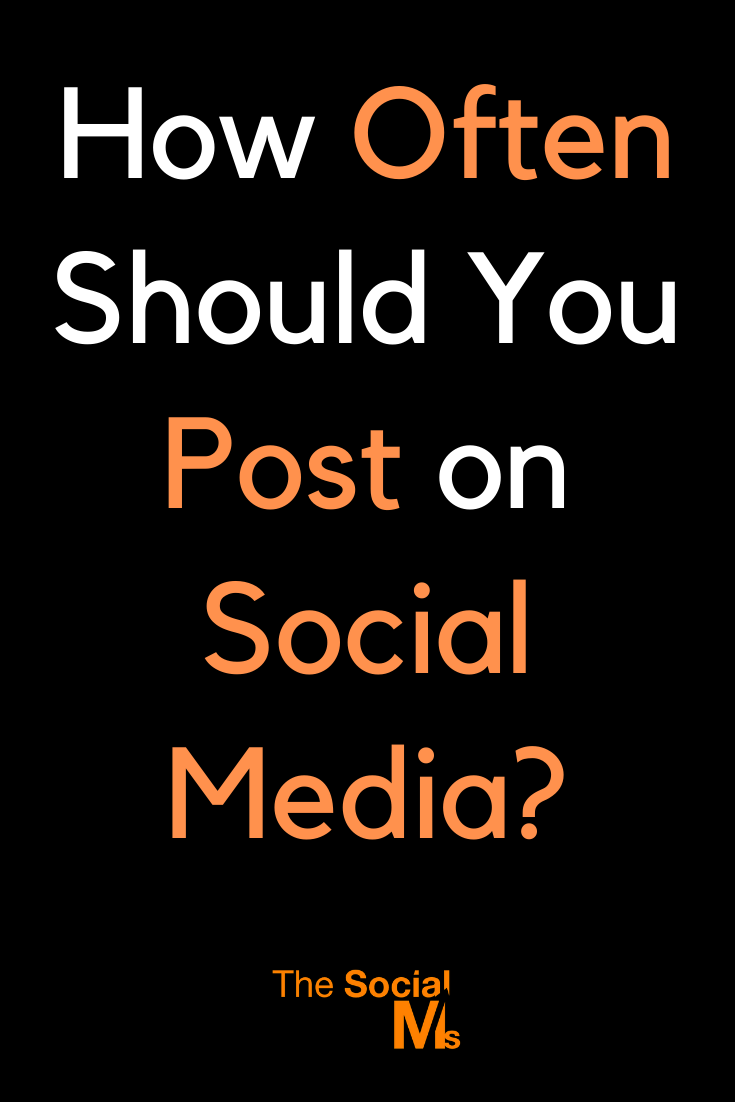 There is no general answer to the question of how often to post, what is right for one person can be totally wrong for another.

There are so many factors playing important roles that answering the question with a number is totally misleading. So what factors make a difference? 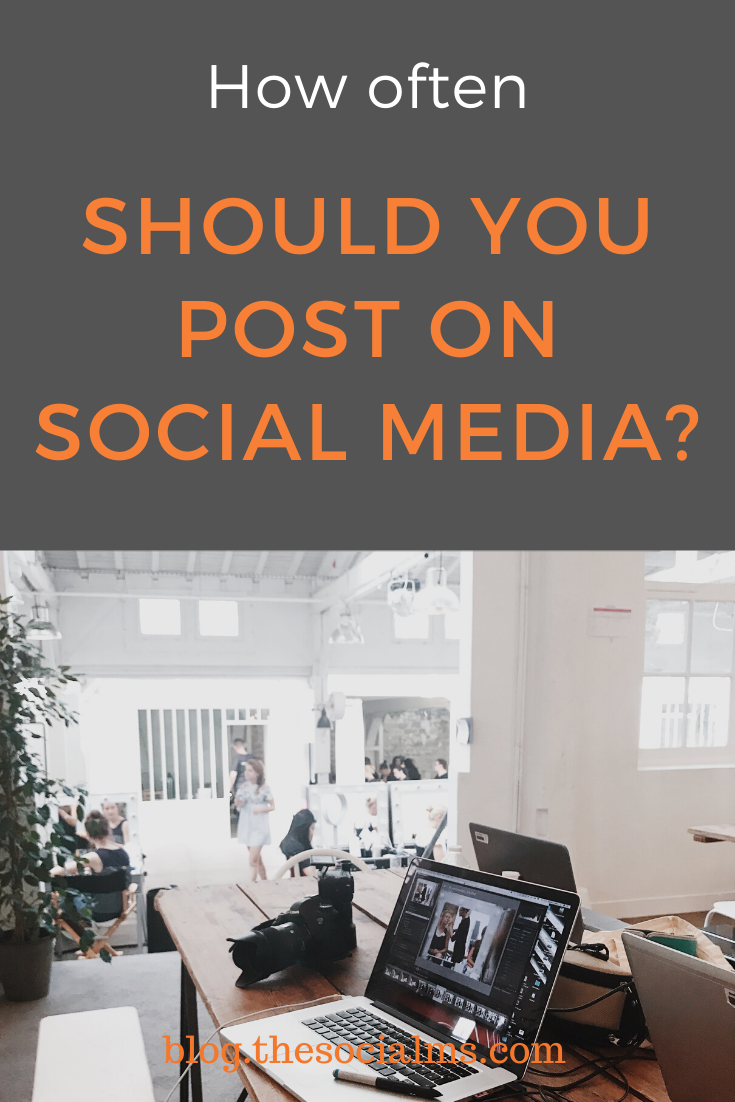 Why is this so important?

While posting too often may (or may not) chase your followers away and in the worst case, they will unfollow you, posting not enough will make you miss out opportunity. After all, you will only be visible in social media if you post.

If you post 10 times a week on Facebook and the average post has a lifespan of  4 hours, there are 168 hours in a week, then the 10 posts take up approximately 40 hours out of 168 possible hours. The remainder of the week you are invisible.

Of course, this is much too simplified. A post can live much longer – but it can also die much faster. And before you now head to Facebook to post every 2 min. (or 4 hours), keep in mind, that your fans might be annoyed by too much posting of information they do not want or are only marginally interested in. It cannot be in your interest to lose real fans with posting too much off-topic content.

We tried many things on our Facebook page, then left it for a while and tried again. As it turned out, posting many times a day (up to 10 times), was actually a good thing for us. Interactions raised, and more fans turned up. As it is, we simply could not keep up with creating enough great stories including great visuals for 10 times a day. On Twitter, this is a totally different story. The Infographic says there is no upper limit to posting on Twitter. That is dangerous – of course, there is a number of posts even on Twitter, which turns everything into spam. Still, on Twitter, you can post often – very often (even though I have seen the advice of posting no more than 10 times a day on Twitter far too often). As an example look at Jeff Bullas Twitter: He posts every 10 min. – he has this much great content.

Whatever you do, keep in mind that it is your results that count and not some numbers on an infographic. Before you decide on a posting frequency (and a strategy) for your social accounts, make sure you know what you want to achieve and how you can measure results! If you do not do this, you will never know how often you should post.

Before you decide on a posting frequency for your social accounts, make sure you know what you want to achieve

P.S.: There are many tools that allow you to set up post schedules for your social media accounts. If you are trying to work out the best strategy, it might be worth a look. 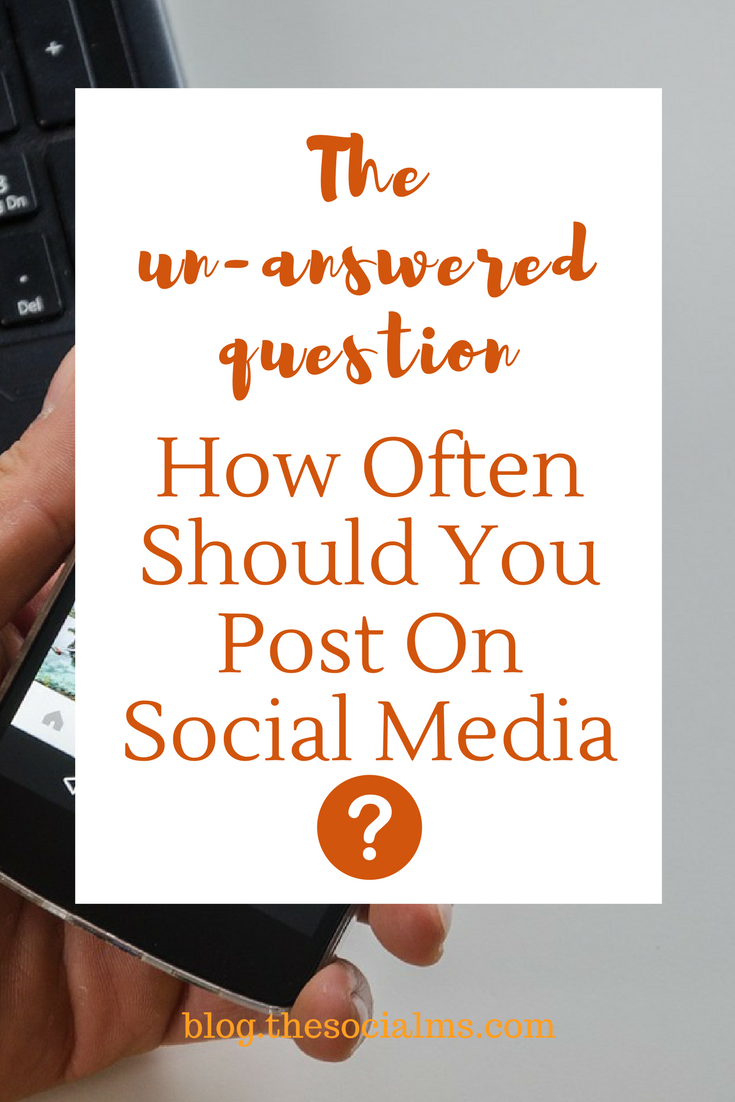