There is so much advice to be found about Pinterest and marketing on Pinterest that is hard to know which tips are still relevant and which are outdated – or even wrong. You have to figure out which advice to follow and which tips rather belong to the category Pinterest myths: Some of the outdated or wrong tips can seriously hurt all your traffic generation efforts.

I spent a considerable amount of time to try every Pinterest tip that I could find that made half sense to me when I read it. Some of the tips were right. Some tips were obviously useless and some tips blew my traffic efforts to pieces. 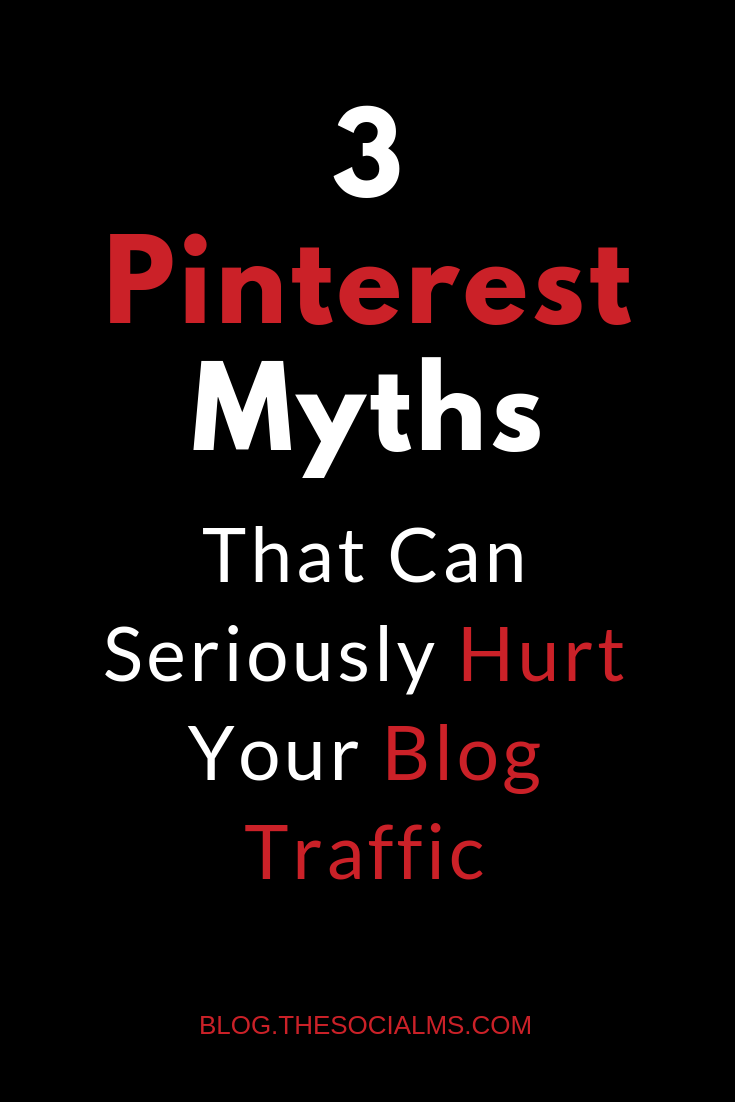 So instead of listing some more tips which can be good or bad, today, I want to talk about three quite common myths about Pinterest that are totally wrong and misleading. I will also explain to you, why these Pinterest myths are wrong, and why they can totally kill all your chances of success with Pinterest.

What is even worse is that if you follow the wrong advice for too long, it will become rather hard and time-consuming to set your Pinterest account straight again and finally see the traffic success you are looking for.

Traffic from Pinterest is absolutely within your reach if you get your Pinterest activity right. But following even one wrong tip can be the reason that you will never see much success from your Pinterest efforts.

Here are the three most important Pinterest myths you should not fall for:

Have you ever “talked” to anyone on Pinterest? Well, maybe in the messaging system, asking someone for the “ok” to spam them with messages, or to ask them to join their group board (see the second myth for more on group boards) – but there are no classical social media conversations going on on Pinterest. And engagement in the form of likes and comments on your pins are not what you are after if you are looking for Pinterest marketing success.

In reality, Pinterest marketing success is not even much about getting more followers.

So, if Pinterest is not social, what is it? 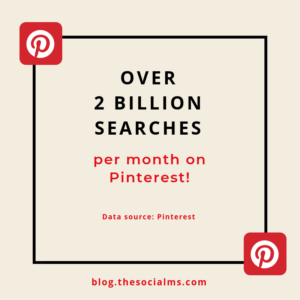 Many processes and the Pinterest smart feed algorithm follow mechanisms that are much closer related to the Google search algorithm. Keyword research and the use of the keywords in the right places is very important. And what links are to SEO for Google search are repins to your Pinterest marketing.

Starting to think of Pinterest more in the line of a search engine than a social network, may well be the first step towards marketing success on Pinterest.

Group Boards get you traffic

There are still so many posts (and even paid books and courses) floating around selling group boards as the key to getting traffic from Pinterest. And that is soooo dangerous.

In truth, group boards can far more hurt your traffic efforts than help them. Why? Because when people discovered that group boards could provide you with additional visibility for your pins, people started to overdo it: spamming group boards was the new hype and creating group boards for the sole purpose of pinning more pins to group boards became the latest rage. And as always in marketing, too much of something that once worked is going to turn into spam – and become a tactic from the past.

Group boards can still work if they are on-topic and active, but most of the time they don’t. And what is more: pinning a ton of pins to group boards has the power to kill all your chances of traffic from Pinterest! 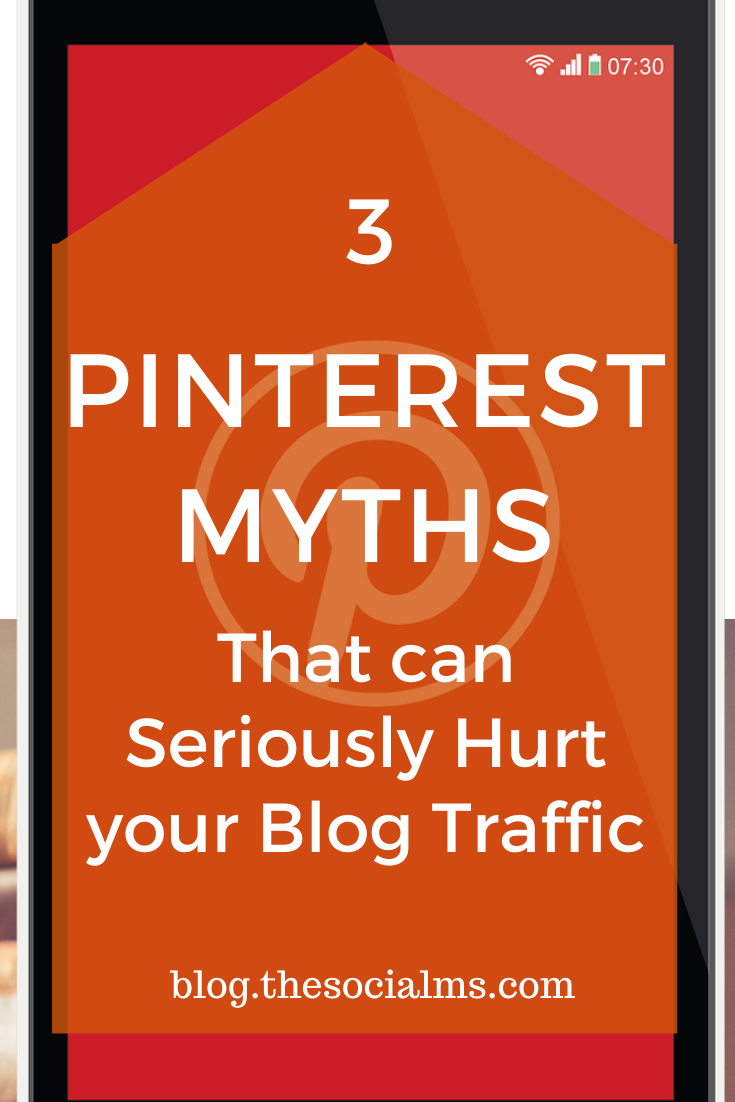 When I started thinking about using Pinterest for traffic generation, I read so much about “beautiful design” that I was really intimidated. Did I really have to become a designer or pay one to create my pins to see traffic success from Pinterest?

But in truth, Pinterest images that are highly successful to drive traffic to a website or blog, follow some very clear rules that have not so much to do with design or beauty. And even someone with rather limited design skills is well able to create images that will do well on Pinterest. And you do not have to hire a designer…

than the “beauty” of the pin design is.

Beauty is relative. I have seen pins that I (personally) find rather ugly – but I am fairly sure these pins do a very good job when it comes to driving traffic.

Some very easy to use tools that even have a free version that is fully sufficient can make creating your own pin design as easy as a piece of cake.

Follow some basic rules for pins and you will see more traffic from these pins than the most beautiful photos or designs would ever have brought you. 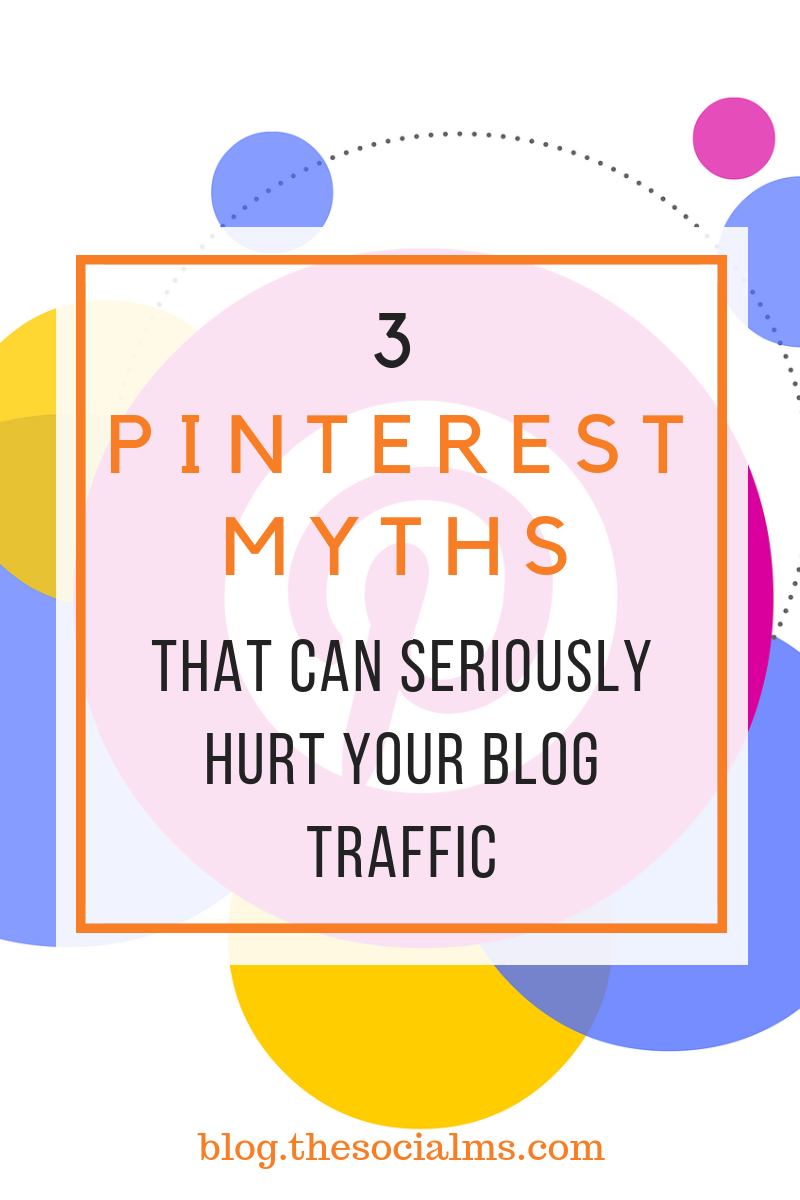 For Pinterest marketing success it is often hard to decide which advice to follow and which tips to ignore. It helps, to understand the WHY behind something you should do.

Getting traffic from Pinterest is absolutely possible. But there is so much wrong advice floating around that you can easily follow the wrong tips and work your b*tt off without any considerable traffic success.

Identifying the wrong tips and figuring out what you need to do to grow your visibility on Pinterest and see your pins spread, can be hard. The above three Pinterest myths are just a few of the many pieces of bad advice that you could easily fall for.

Make sure that you question every tip you see and do not keep following all advice blindly: if something does not give you results, question if you should keep doing it.

If it is not working as promised you either got it wrong – or the advice just s*cked.

We have something new for you!

After years of loving Twitter, for the first time in our blogging history, Twitter no longer is our strongest social traffic channel.

It is no secret that we are always looking for new strategies to get more traffic.

After playing around with Pinterest for some time now, I found the missing link in my Pinterest strategy. Suddenly everything else I had tried made sense – or it did not. That missing link made it all click into its place. And from one day to the next, our Pinterest traffic started to grow.

And now Pinterest is our most important source for social traffic – and growing fast.

And what if I told you that you can have the same traffic success from Pinterest.

Simply use our action plan, set it up and get it running for more traffic from Pinterest within days. 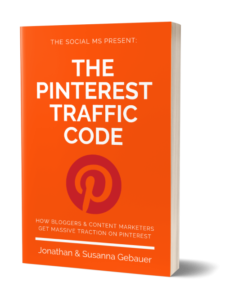 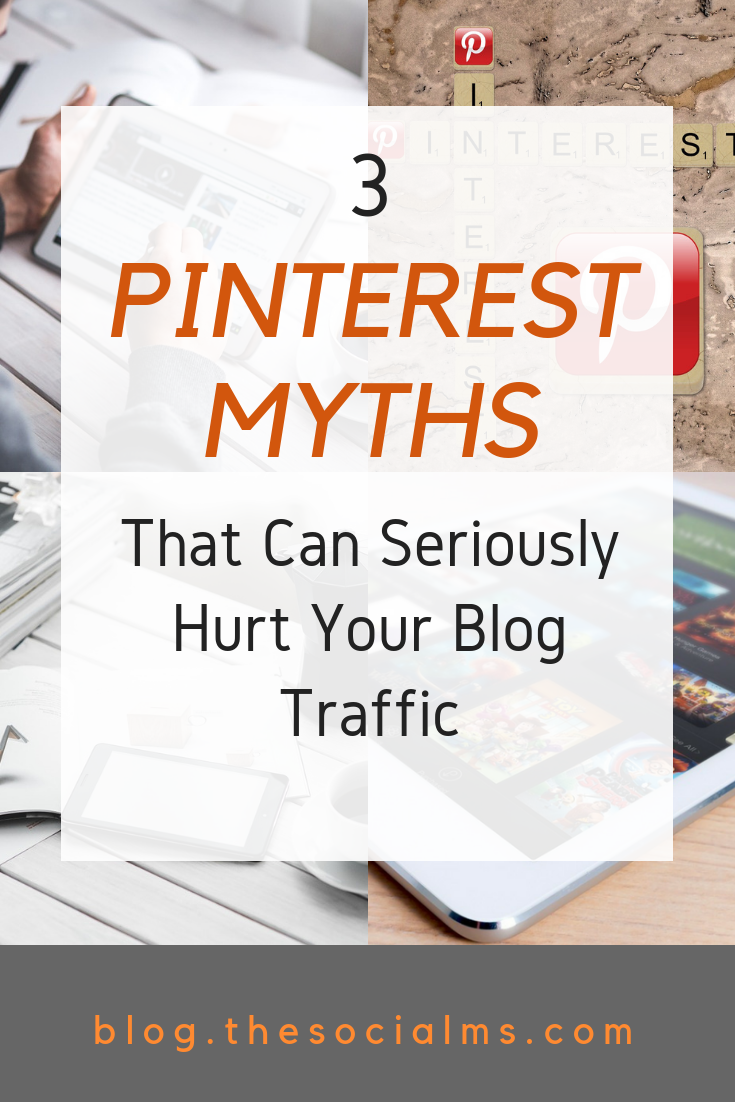