We have been asked in the past to write more about Pinterest. I promise I will! And I have noticed something interesting about Pinterest and Marketers: Many of the big-name online marketers are not at all that big on Pinterest. Posts about Pinterest on their blogs are rather guest posts from others than success stories of their own. 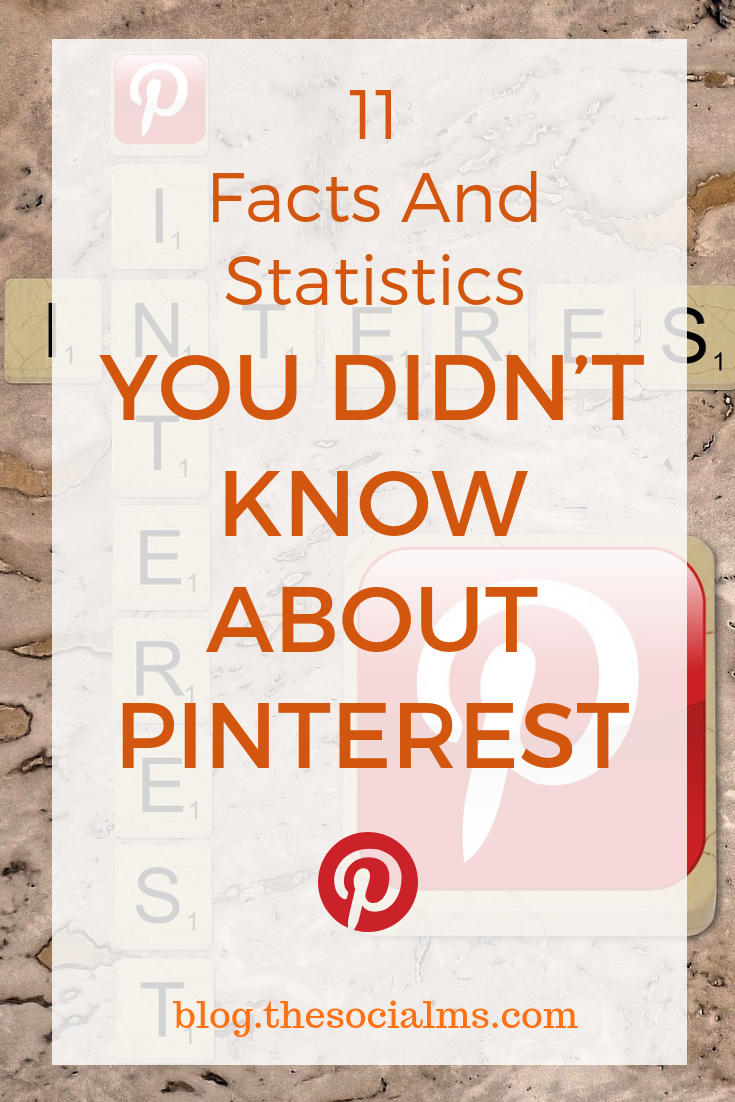 Does that mean that Pinterest is not interesting for marketing?

Because I have noticed something else, too: There are many, many bloggers who make most – if not all – of their traffic (and success) from Pinterest. And no, these blogs are not all about DIY, design, crafts or travel. The truth is, that you can turn Pinterest into a traffic generation powerhouse for many niches. And traffic from Pinterest can be highly converting – which is simply due to the fact how people discover content on Pinterest: mainly via search terms.

So what is my opinion from a marketer’s stand point? Is Pinterest worth the effort?

The answer is a straight “yes.” While I am still testing and playing around with Pinterest, there is no denying that Pinterest CAN be awesome for bloggers and marketers. And our traffic from Pinterest has already significantly increased since I started playing around with tips and tricks. But Pinterest is not as straight forward or predictable as for instance Twitter has been for us in the past.

To give you the first idea why Pinterest should be on your radar for marketing, no matter whether you are growing a new blog or running a small business, I collected some numbers and facts about Pinterest for you.

That is 25 million more than in October 2016. Over half of these users are from outside the US. 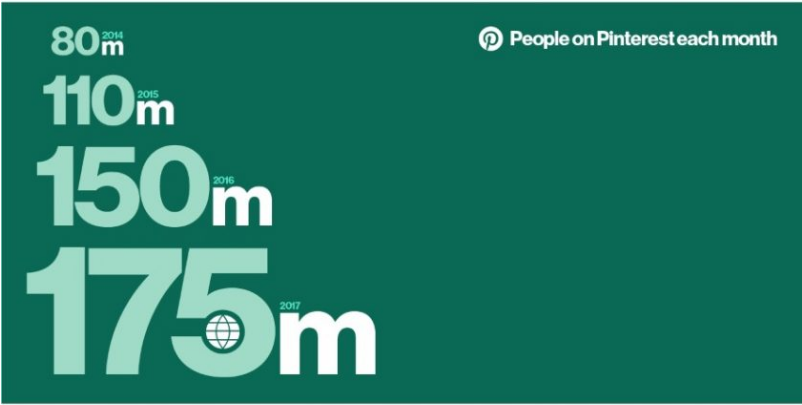 2. Over 75 Billion pins have been uploaded to Pinterest (as of September 2016)

And that number is still growing fast. 80% of the pins on Pinterest are repins (source). And 75% of pins come from businesses.

Adding a pin it button to your blog posts is a great way to start getting your pins on Pinterest. 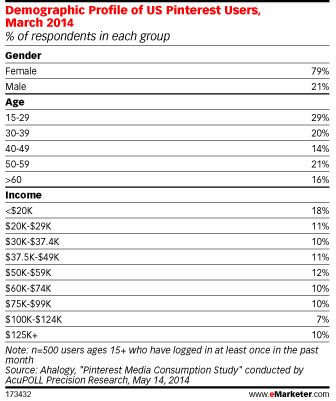 3. Pinterest has always been a favorite with women – but men pose a relevant group too!

5. On Average 1 pin gets 11 repins and generates 6 website visits

The social process of one post getting shared and the shares getting shared again, is very much alive on Pinterest. On average one pin gets 11 repins, but many pins get far more. And these repins in combination with Pinterest’s Smart feed have the power to keep your pin and repin alive for days, weeks or even years. 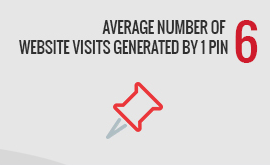 nd drive endless traffic for months other pins just fall dead. You never know if and when a pin will start driving traffic, you just can make sure that everything is set up as best as possible to make a pin pop. 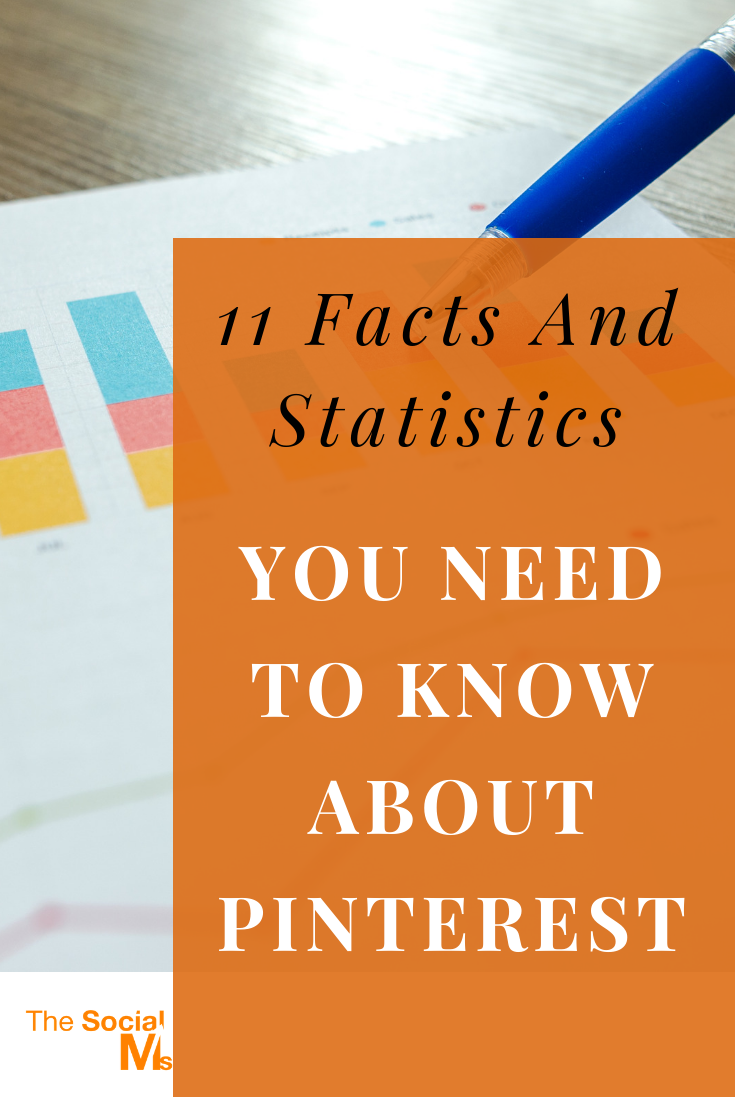 According to Pinterest, 93% did shop online in the past 6 months.

And a study by Shopify claims that the average value of sales for visitors from Pinterest is 50$ higher than for other traffic sources.

In addition, the numbers of orders via mobile devices from Pinterest have increased by 140% in the past 2 years. 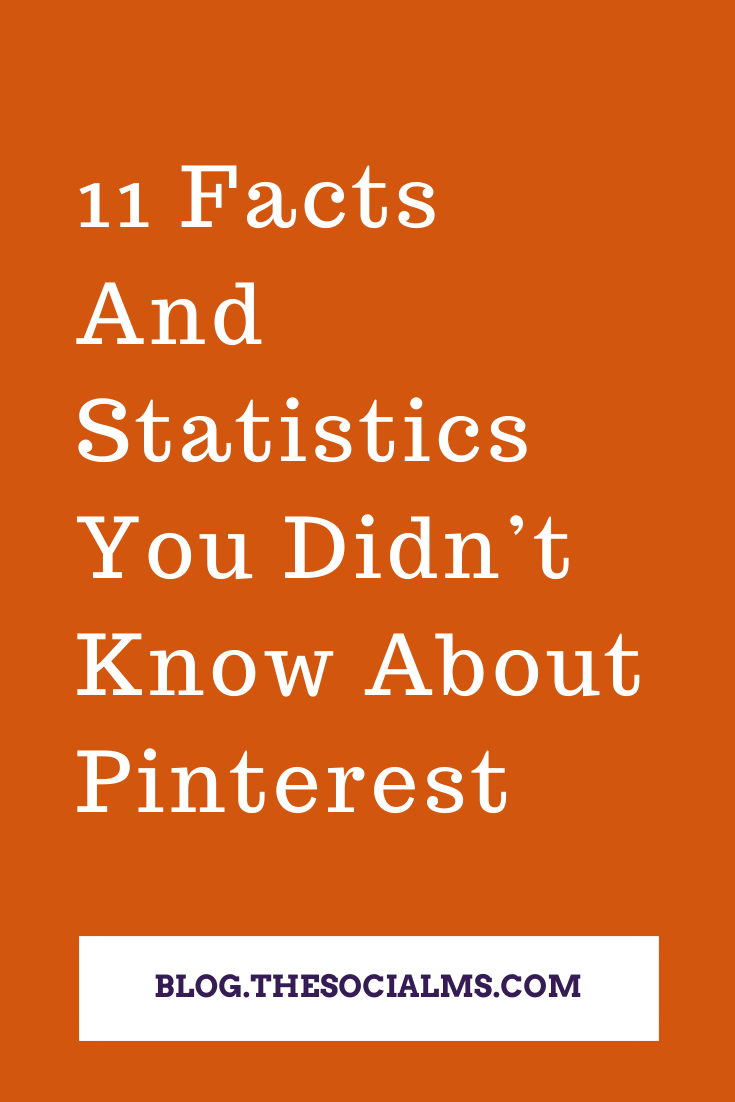 That is one major reason why our pins need to be mobile-friendly – which means use clear colors and large enough fonds that text is still readable on mobile devices.

While the lifespan of a tweet is less than 10 minutes, a pin can get 50% of its engagement after 3.5 months. That is incredible. That makes evergreen images all the more valuable because a pin will still be relevant months after they have been pinned.

10. Having the most followers is not the key to success.

In contrast to other social networks, you can reach more people with your pin than the sheer number of your followers. Many users discover pins via the search function. In fact, many Pinterest experts claim that Pinterest is not a social network at all but rather a search engine.

In other words: even if you only have a handful of followers on Pinterest, your pins still have the chance to go viral – if you get the Pinterest SEO right.

Promoted pins perform as well or sometimes even better than „normal“ pins. Plus advertisers see that their earned impressions (free, no advertising) saw an increase of 20% from their paid campaigns. 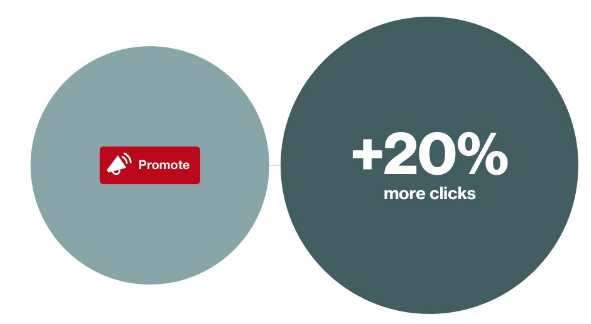 Pins can have a long life. The same goes for promoted pins – even after a paid campaign ends.

There are many interesting facts to know about Pinterest. And a huge potential for marketing on the platform that still seems unlocked by many marketers. The above Pinterest statistics give you some great arguments to learn marketing on Pinterest and start pinning today!

Do you want to learn how to grow your blog with Pinterest? Get step-by-step instructions of what you need to pin, how often you should pin, where you should pin – and the tools you can use?

We teach you how to drive traffic to your blog or website from Pinterest and give you a ton of optimization tips: “Getting Started With Traffic Generation From Pinterest!” 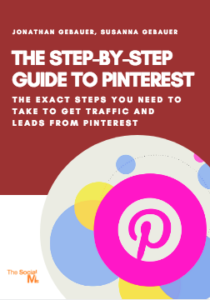 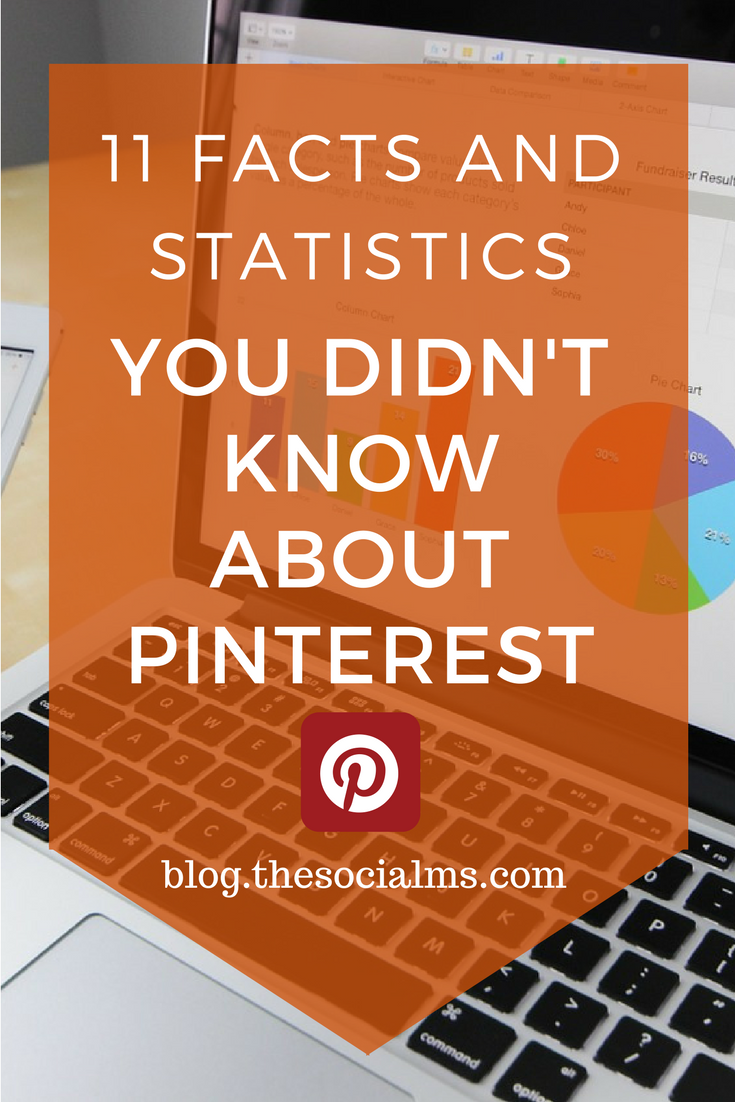